skip to main | skip to sidebar


It is perhaps most famous for the Bua Phut (Rafflesia kerrii) flower which grows within the park. In addition to its exotic flora, Khao Sok is inhabited by a wide variety of animals, including gibbons and barking deer. 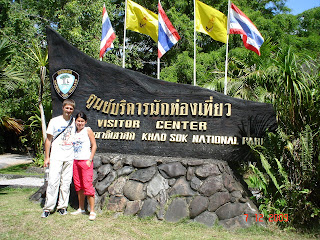 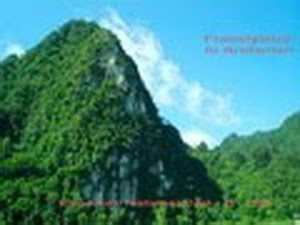 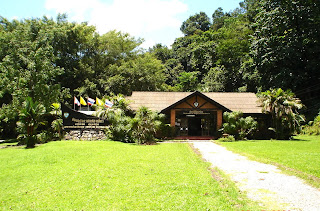 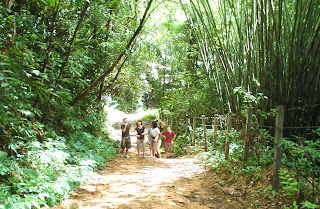 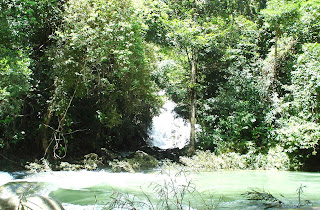 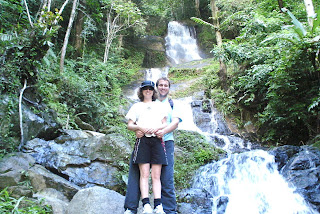 .....Located in the west coast of Surat Thani province, covers an area of 738 sq.km.It spectacular limestone rage studded with many caves, tower over pristine tropical evergreen mudstone and siltstone terrain is cut by many streams and rivers making much of the park difficult to access.

.....Together with the adjacent wildlife sanctuaries of Khlong saeng and Khlong Nakha and Sri Phang nga,  Khaosok National Park from part of the largest continuous nature preserve in the Thai peninsula and also the major watershed for the region. This area is an invaluable wildlife habitat especially for many large mammals which on large areas of undisturbed forest for survival.

.....The main trail network in Khaosok National Park radiates from the park headquarters area and is shown overleaf.

.....# “Sanyangroi”(2 km. From park headquarters) The panoramic view of the mountain is coated with a green blanket of tropical trees mostly being “San Yang Roi’ The denseness of this forest prevents much sunlight reaching the forest ground Therefore the plants have to be shade tolerant in order to be able to survive in this condition.

.....# “Winghin Waterfall”(2.8 km. From headquarters) is a small but attractive waterfall joining the Sok River near Bang Hua Raed.

.....# “Banghuaraet Waterfall”(3 km. From H.Q.) is a large and beautiful waterfall There are 2 levels of water flows coming from Sok water channel.

.....# “Wangyao” is a large and beautiful pool. It is local approximately 3 km. from the park headquarters.

.....# “Sip-et-Chan Waterfall” ( 4 km. From H.Q.) is an eleven tiered waterfall along the Bang Laen River. The start of the trail is directly behind the park restaurant, up the set of the steps. The forest tail takes you through tall bamboo forest, crosses the river six times and leads to the base of the falls.

.....# “Than Suwan Waterfall” ( 6 km. From H.Q.) is a beautiful waterfall along a tributary of the Sok River The forest trail leading here is difficult and requires wading along the stream bed the last kilometer. This is slippery and can be dangerous during the rainy season when the water force is very strong.

.....# “Tang Nam”(6 km. From H.Q.” is where the Sok River has coded a dramatic gorge through the rock and a Deep pool. This pool provides important habitat for many species of fish and aquatic life.

.....# “Ton Kloi Waterfall” ( 7 km. From H.Q.) is a single level fall along the Sok River. It maintains a strong flow of water all year and the forest pool at its bask is excellent for swimming. The trail leading here follows the course of the Sok River, the last 7 km.is a forest trail. Ton Gloy waterfall can be visited in a day trip from Park headquarters.

How to get there.? By road on the highway route number 401.which is also known as the Suratthani-Takuapa road.Take this road untill you see kilometer number 109.